The Role of Statistical Science in Quantum Information - Theory and Application Richard D. Gill's short course in Fudan in September 2019

The Fudan Institute for Advanced Study and School of Data Science are happy to have the renowned statistician Richard Gill here in Fudan to give a week-long lecture series on the frontier of quantum statistics. The short course takes place in the week of September 23 - 27. Please note that there will be a same course given by Richard Gill in Peking University in the week of October 8 - 11, hosted by Lin Wei and be advised to pick the one that suits you the best. 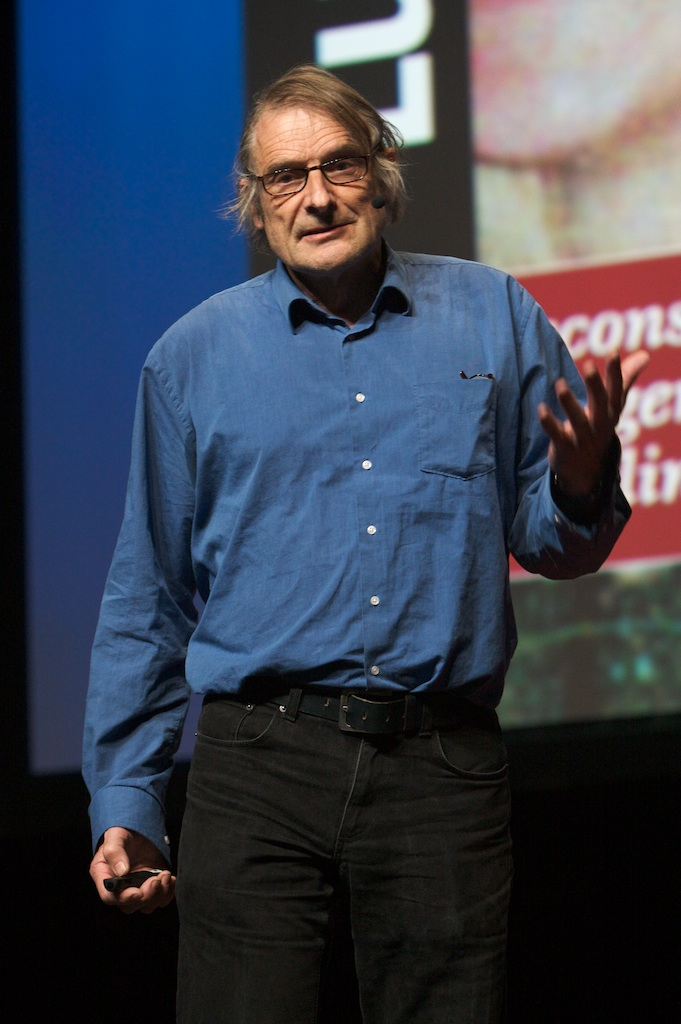 Richard David Gill is a mathematician born in the United Kingdom who has lived in the Netherlands since 1974. As a probability theorist and statistician, Gill is most well known for his research on counting processes and survival analysis, some of which has appeared in a widely used textbook. He recently retired from the chair of mathematical statistics in Leiden University. Gill is also known for his pro bono consulting and advocacy on behalf of victims of incompetent statistical testimony, including a Dutch nurse who was given a life sentence for serial murder; it took 9 years before it became clear that all deaths were “natural” but that doctors had made numerous errors, and lied about them to the courts, and her conviction was overturned.

For a short (but a little bit old) biography, please visit here.

Free attendance. However, the registration will be closed after the number of participants goes beyond 80.

Please fill in the form to register. Note that an email confirming your registration will be sent by hand after receiving the online registration.

General Introduction to the course

After a one-hour introductory lecture accessible to a broad scientific audience (designated below as Hour 0), I will, over the next few days, deliver a further 8 hours of lectures (designated Hours 1 to 8). All of the course hours will include plenty of time for questions and discussion. I hope that those who follow the course will actually interrupt me with questions anytime they don’t understand anything. My spoken English is, I’m afraid, rather “English” (this means I tend to talk with my mouth almost shut…!); my Mandarin Chinese is non-existent. But also, and very importantly, the topic will certainly contain a lot of unfamiliar material for almost any participant. I want to bridge the two worlds of modern quantum information and of modern statistical science; I want to explain to mathematical statisticians why they should be interested in quantum information and I want also to explain to quantum information folk why it would pay off for them to know more about modern statistics. Better still, the course will spark new scientific collaborations between people from these two separate worlds.

The one hour talk which introduces the course was designed to be accessible to a broad audience of interested scientists, including mathematicians, physicists and statisticians of all kinds. I hope it will provide good motivation, especially for statisticians who don’t know anything at all (and probably, so far, did not want to know anything at all) about quantum information, quantum communication, quantum computing, quantum entanglement, quantum cryptography, quantum tomography. I want to emphasize that no physics background at all is needed. But no statistics background is needed either! I’ve given the talk successfully to very mixed audiences, in particular to a large audience of high school students, to a large audience of pure mathematicians, to a large audience of applied physicists.

After the deliberately provocative abstract of the introductory lecture, and after the description of each pair of course hours, I’ll give some references to literature which participants might like to look at in advance, or to consult after the lectures. Or, if they are bored or lost, during the lectures …

Tentative Schedule The location has updated!

The location is at Multi-function Meeting Room of Asian Youth Center in Handan Campus of Fudan University. 地点在复旦大学邯郸校区亚洲青年中心多功能会议室。

Hour-by-Hour Abstracts (written by Richard himself)

In medical research, everyone agrees that research should be “evidence based”, and that evidence is largely statistical, and that the gold standard of evidence-based research is the correctly analyzed double blind randomized clinical trial. Physicists on the other hand, traditionally, have little or no use for randomization or for double blinding, and in fact very little respect for statistics. Lord Rutherford famously said: “if you need statistics, you did the wrong experiment”. Yet the incredible advances in quantum information theory and quantum information applications which are being made right now depend essentially on probability theory and on statistical thinking. Quantum mechanics is a probabilistic theory of the world. In order to find out if one has indeed implemented quantum algorithms, one needs to measure quantum systems and test hypotheses or estimate parameters of those systems. The outcomes are random; quantum theory tells us what the probabilities could be. The quantum information revolution needs statisticians.

I will show how randomization and martingale theory are involved in the most conclusive experiments ever yet done to test the most far-reaching predictions of quantum theory. I am referring here to famous experiments to verify Bell's theorem. Bell's (1964) theorem is a theoretical analysis which shows that quantum mechanics predicts real world phenomena which cannot be replicated by a “behind the scenes” classical theory of physics. These features at the same time enable some already commercially implemented quantum cryptography and quantum key distribution technologies. The security of these systems depends on the creation of particular quantum states and implementation of particular quantum transformations of states and measurements of states.

Already in the early 80’s experiments were done (by Alain Aspect at Orsay, near Paris) which seemed to confirm Bell’s predictions. But the experimental design was limited by the technology of the time, and though the experiments confirmed quantum mechanical predictions, they did not exclude there being a “classical” explanation behind the scenes of what was going on. As the years went by, technology slowly improved, and finally in 2015 it was possible to perform the experiment which John Stuart Bell had essentially dreamed of in 1964, under the precautions needed to ensure that the experiment not only confirmed quantum mechanics but that its results excluded any reasonable classical explanation of what was going on “behind the scenes”.

Hours 1 and 2: “Teleportation into quantum statistics”

I will introduce the basic ingredients of quantum information theory and show you how quantum teleportation works. I will cover the fundamental notions of state, preparation, and measurement. Participants should be familiar with basic properties of finite dimensional complex vectors and matrices; and in particular, know about orthonormal bases (diagonalization, singular value decomposition). We will find out that “quantum teleportation” is not exactly what it seems, but that still there is some mystery in how the transfer on an ordinary public phone line of two bits of information enables the perfect copying (at the cost of the destruction of the original) of a “qubit”: a two level quantum system, whose state actually depends on three real numbers.

J.S. Bell’s theorem states that certain predictions of quantum mechanics could not possibly, even approximately, be reproduced by any “classical-like” physical theory. “Classical-like” is characterized by three attributes: local, realist, no-conspiracy. The term “realist” could be replaced by “pseudo-deterministic”. In the modern language of causality, one also uses the phrase “counterfactual definite”. Essentially, it means that in a mathematical model of the physical situation being studied, the outcomes of experiments which you did not actually perform can also be supposed to exist (in the mathematical sense) alongside of the outcome of the experiment which you did perform. Future quantum technology (some of it already available commercially) of great interest both to major corporations and major state institutions depends strongly on this property, while, on the other hand, quantum mechanics has uncertainty relations which mean that quantum noise will eventually put a stop to Moore’s law. We are reaching quantum limits of classical computing, already. But the phenomenon of quantum entanglement also means that some things are possible in reality which, before the discovery of quantum mechanics, no one would ever have believed.

Experimental physicists and engineers are building quantum devices which exploit quantum entanglement and other weird features of quantum mechanics in order to build quantum computers, perform quantum cryptography, and so on. The general theory is incredibly accurate and incredibly well tested (to much higher accuracy than the other foundation of modern physics – general relativity). In order to show that they have succeeded in doing what they planned, they need to measure the quantum systems which they have created and reconstruct their state, to sufficient accuracy to show that the engineering was indeed successful. Now: the reconstruction (from measurement results) of the joint quantum state of, say, 15 qubits, is “just” an inverse statistical problem. Theoretically the state just depends on the values of 2 to the power 15 squared real numbers. Typically, one can quite easily measure each of the 15 qubits separately, getting a binary outcome (“spin up or spin down, in a chosen measurement direction”). This is not just an inverse problem but also a “wide data” problem. There are many, many more real parameters than binary measurement outcomes in the data. Hence, we are going to need notions of sparsity to reduce the number of parameters drastically, introducing bias but decreasing variance. There are physical constraints on the parameters, too. Or to put it a different way, one needs to find a parametrization which makes the parameter space as nice as possible, as well as allowing us to define sub-models of much lower dimension which can still describe the data well, and contain the features which the experimenters are hoping to prove that they have engineered.

Hours 7 and 8: Any other business; closing loose ends; discussion; conclusion

The content of the last two hours will depend very much on the taste of the audience who remain (one expects the number of participants to slowly decline as the week progresses!) and of course, on whether or not I succeeded to cover what I had hoped to cover in the preceding 6+1 hours. I do see room for several possible final topics, as well, of course, as the possibility to simply revisit the earlier topics:

My homepage and my recent slideshare talks could give the participants some preview of what is possible, including several statistical topics which (as far as I know) have nothing whatsoever to do with quantum physics.

Looking forward to meeting you in Shanghai and Beijing!